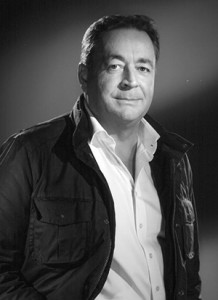 Born in a family specialized in wood since three generations, or 80 years of forestry experience, Stéphane Ledentu decides to create his company in 1991. Based in France in Torigni-sur-Vire, Normandy, SLB Sarl is specialized in logging and wood trading, as well as being certified with FSC and PEFC standards. The company quickly turned towards the setting up of forestry groups in order to secure the wood supply via contracts.

Beyond wood supply securing, forest communities are also intended to save « the lung of the world » formed by the forest.

A year later, researches on the Brazilian project resulted in the creation of SLB do Brasil brand, based on the reforestation dynamic with econological vocation.

During the 90’s, Stéphane Ledentu exports wood to Asian countries. Due to the progressive development of these countries and the increasing of natural needs, M. Ledentu realized that forests were never going to stand against such a demand. Unsurprisingly, this led him to combine ecology and economy: the econology.

The econology is a Canadian concept, which means the environment will not progress only with occasional donation. However it can do so by mainly proving that behind environmental projects there is a real reason to be economic.

Stéphane Ledentu uses this philosophy for the acquisition and planting of experimental farms in Brazil in 2008. This approach allows him to respond to local needs by respecting local wildlife and flora. Why did he chose Brazil? Brazilian weather conditions are particularly suitable for the eucalyptus cultivation, which needs rich soils and significant rainfall. Eucalyptus is a tree that has  multiple opportunities, according to the stage of its growth.

Following this concept, Stéphane Ledentu decided to set up a working methodology certified by Bureau Veritas in order to measure the compensation of carbon emissions.  This label awards the companies’ contribution to reduce the greenhouse gas emissions : this is the Econologic Program.  Through this program, companies are able to show  their commitment to the afforestation and/or reforestation.

These numerous environmental initiatives thus allows us to combine ecology and economic constraints. In addition to the ecological and economic actions carried out by SLB Group, there is also the social issues. The responsible afforestation combined with the econology has created a lot of jobs for both the plantation and the surveillance of the farms industries, as well as for the people cutting trees before processing them. All these activities increased significantly the workload of local companies that led the region to an inevitable social development.

As you might have understood: the SLB Group puts sustainable growth and environment at the heart of its concerns as it is proved by its various certifications and econological approaches. It allows companies to preserve the forests across the world and to actively contribute to reduce greenhouse gas emissions.

By becoming a major player of this program, you become a player of the « Third Industrial Revolution », according to Stéphane Ledentu. This econological and social approach is, so far, unique in the world.