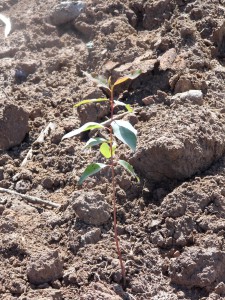 It is clear that we live in a time where ecology is at the heart of our concerns. The fact is that for several years now, the environmental protection shows itself as well at the world level, in particular with the organization of the COP21, that at the national level of the various States, with political decision-making in a sustainable development approach, and many awareness campaigns with the general public as for the environmental protection. Therefore, we also find the principle of ecology within our homes. It is translated by numerous actions in the everyday life, from now integrated, such as the selective sorting, the reduction of the energy consumption, the use of an hybrid vehicle, thereby limiting atmospheric pollution, or still the fact of favoring the public transportation or the car sharing.

However, will these various environmental steps be enough to face the increasing increase of the human activity, which remains the threat the most important for our ecosystem ? The answer is clearly, no. Indeed, this late awareness makes the environmental protection more difficult and, for the moment, not rather effective to ensure a serene and sustainable future.

It is from this fact, that the SLB Group based its actions on the principle, still little known, that is the Econology.

Company managed and established by Stéphane Ledentu, SLB, by its experience in the field of logging and wooden trade, did not delay noticing the growing request of the raw material that is the wood, without the nature being capable of supplying enough species without being brought down on the long term. That is why, from the 1990s, SLB makes some concept of Econology its guideline. Principle stemming from Canada, it consists in allying the economy, thus the human activity and the economic growth, to the ecology. In other words, this concept demonstrates that it is possible to increase the economy of a country, a company while working at the ecological cause.

According to this econological guideline, SLB Group allows the professionals and the private individuals to participate in two programs of forests creation. The first one is a program set up in Romania, in 2007, via the Eastern Forest brand. The second is taking place in Brazil since 2008, it is SLB do Brasil. These two programs of reforestation allow to demonstrate its climate commitment, but how ? In each of these two countries, it is a question of acquiring grounds, with species for Romania, and naked for Brazil, to recreate forests there. In Brazil, it consists in planting species such as the Eucalyptus, which will be monitored and managed by the expert teams of the company SLB, until their arrival on the international market. In Romania, the accent is put on the sustainable management of the existing forests so as to protect this local natural heritage. In the same way as in Brazil, SLB has a team dedicated to your project of climate commitment, from the beginning to the end.

Demonstrate your climate commitment with SLB

According to a calculation of your rate of greenhouse gas emission, it is from now on possible, for you, to limit the harmful impact of your economic activity on the environment, and compensate for it. SLB developed a method of calculation of carbon compensation, Bureau Veritas certified, allowing you to estimate the impact of your company on the ecosystem. Further to the results of this calculation, SLB offers you the possibility of restoring the ecological balance by participating in one of its programs of reforestation at the level of observed harmful impact.

It represents a real climate commitment from you, but also allows to make sensitive your entourage, your customers and prospects as for the necessity to protect the environment of the increasing human activity.

Furthermore, the participation in these programs and the calculation of your carbon compensation will allow you to obtain the Econologic Program label, created by SLB, so valuing, to everybody, your actions in favour of the environment. This represents a real asset in terms of green marketing, when the ecology and the environment are at the heart of our concerns. You will for sure have understood it, from now on, it is not necessary any more to choose between the ecology and the economic growth: choose of the Econology !